Syracuse beats Minnesota in Texas Bowl: 3 is a charm for Orange vs. B1G

Houston, TX -- After opening the 2013 season with back to back losses against Big Ten opponents (Penn State, @ Northwestern), the Syracuse Orange (7-6) finished the season at the Texas Bowl, with a 21-17 win over the Minnesota Golden Gophers (8-5). 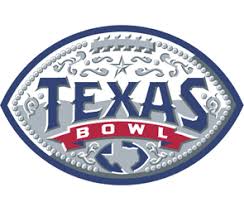 During the game, the "Who Hates Iowa?" chant was apparently in full force, during the 2013 Texas Bowl.

Another sidebar to the game, was the return of Minnesota coach Jerry Kill to the sidelines.

Kill decided to coach from the sideline for the first time since the Golden Gophers Homecoming game with the Iowa Hawkeyes on Sept. 28th.

Iowa beat Minnesota 23-7 for the first time in three tries at TCF Bank Stadium in Minneapolis. Just like Syracuse, who won their first game against a Big Ten opponent in 2013, with the 21-17 win over Minnesota.

"I made a decision," Kill said about joining his team on the sideline. "I felt that we needed a little bit of pick up. I talked to a couple of the coaches, and we weren't as zippy as we have been. I made an instinct decision, but whether right or wrong, I did it."

Kill began the Texas Bowl in the press box, where he has observed his team since returning from a leave of absence because of his epilepsy. Kill has had five seizures on game day in his two-plus seasons in his three season at the helm of the Minnesota program. Kill took the leave of absence in October and returned a couple of weeks later.

"I felt I would do anything I can to help," Kill said. "I'm not sure if it helped or not. Evidently, it didn't because we didn't win the game."

The Golden Gophers loved seeing Kill back on the sideline, but disappointed not to finish the game, after taking a lead in the fourth quarter.

"I think the whole team got pretty pumped when he made that announcement," receiver Drew Wolitarsky said. "Coming into halftime, I felt like everything was a little flat and he gave us that spark, which is another reason why we came out and started executing better."

Unlike the Iowa game, where Iowa dominated the Golden Gophers in the first half. Syracuse and Minnesota played a back and forth game in the Texas Bowl.

Syracuse pulled out the game in the final minutes, with a 12 yard carry from sophomore quarterback Terrel Hunt.

Iowa Hawkeyes (8-4) will face the LSU Tigers (9-3) in the Outback Bowl on New Year's Day. The last time LSU was in Tampa, it was the Syracuse Orangemen (nickname back in 1988) defeated the Tigers 23-10 in the Hall of Fame Bowl. The Tigers will be starting a new quarterback, with freshman Anthony Jennings in for injured starter, senior Zach Mettenberger, who was injured in LSU's final game.

Tonight, the Michigan Wolverines (7-5) will face the Kansas State Wildcats (7-5) in the Buffalo Wild Wings Bowl from Sun Devil Stadium in Tempe, Arizona. The Wolverines, like the LSU Tigers, will start a true freshman at quarterback, when Shane Morris replaces injured junior Devin Gardner, who was injured in Michigan's final game.
Posted by My alias is Rob Roy at 1:59 PM