Iowa Players to Watch in Ames

Iowa State (1-0) may be the more experienced team in the trenches, but both teams return playmakers for the 67th meeting of Iowa vs. Iowa State.

Look how competitive Iowa has been each season, winning eight games.

The Hawkeyes don't want to be the first?

Matt Campbell and his 2019 team, especially his seniors, are seeking to get that first win in the CyHawk series.

Iowa's secondary is not at full strength heading into Ames. Up to four players are out. The senior leader Michael Ojemudia is making his 2nd trip to Ames. He saw action in 44-41 OT win at Iowa State. Ojemudia made a career-high four tackles at Iowa State, with one solo tackles and three assists, along with one pass break-up in 2017. He and Geno Stone, who was one of 10 true freshmen, who played during the 2017 season are back leading the young secondary. Stone also saw action in 44-41 OT win at Iowa State, recording one solo tackle for first career statistic.

The back 7 is expected to run Iowa's traditonal 4-3 defense, since injuries have impacted the secondary. Just like the past four CyHawk Games, which Iowa have won.

On defense, Iowa returns only one starter from the 2017 game. It is starting senior DT Cedric Lattimore. He clearly plays a key role anchoring the middle against Cyclones on Saturday.

So, five of Iowa's starters played in 2017. The linebacker corp was three seniors last time in Ames. Nick Niemann did play in 2017. He recorded one solo tackle for his first career statistic. Last year, Niemann came up big, career-best seven tackles vs. ISU, including three solo stops and four assists, along with one sack.

One senior many are likely interested to see against Iowa State is DE/ST player Amani Jones. He had one assisted tackle in 2017 in Ames.

It will be important for the linebackers to tackle well in space. Djimon Colbert had a great game last year, with career-best five tackles vs. ISU, including three solo stops and two assists. The linebacker corp was the question mark last year entering the CyHawk Game. It is the secondary in 2019.

Senior MLB Kristian Welch did not see action in 13-3 win last over over Iowa State due to injury. He played briefly in the 42-3 win his true freshman season at Kinnick, but had no statistics as defense allowed just 291 yards total offense.

The Iowa defense has a corp group of players who will have to lead others making their debut in Ames.

Offensively, one returning starter from the 2017 game is out injuries in Alaric Jackson at LT. Not one starter in the offensive line has played in Ames.

Getting off to a good start will be important on the road in Ames. The Hawkeyes will want to keep the Cyclone fans from making this one any more emotionally charged, as it will already be. 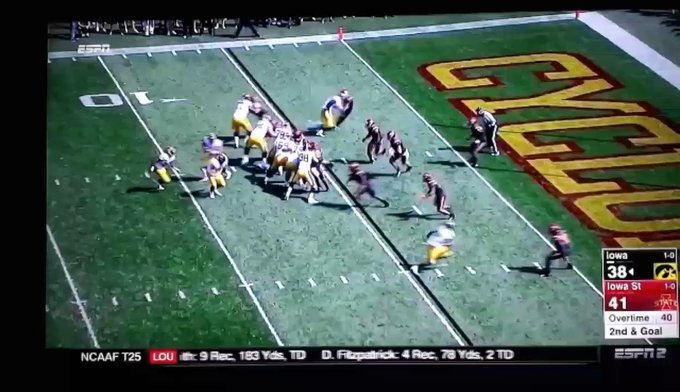 The only returning starters from 2017 are Iowa two players of the game from week one in senior QB Nate Stanley and junior wide receiver Ihmir Smith-Marsette.

TD passes, including the game-winner in overtime, giving @HawkeyeFootball a 44-41 win over the rival Cyclones in 2017 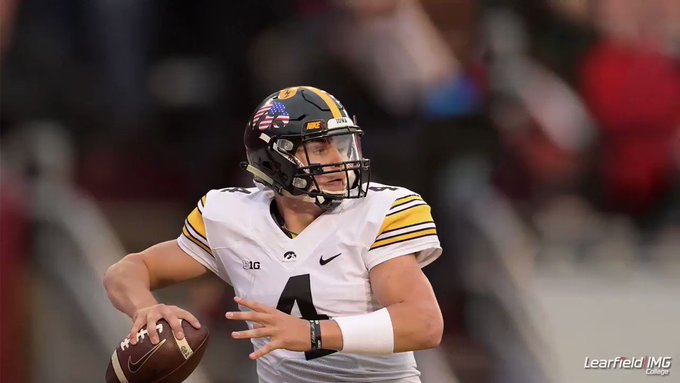 Stanley had his first road start in Ames as Iowa's QB. Smith-Marsette his first start at wide receiver in 44-41 OT win at Iowa State for an offense that gained 497 yards total offense. He had four receptions for 36 yards at Iowa State, including two touchdown receptions . His first career score came on 15-yard reception in fourth quarter. He had his second touchdown on five-yard reception in overtime to secure the Iowa win. He also had one rushing attempt for seven yards. Last year, he one reception for 45 yards vs. ISU, got hurt and missed the next game. 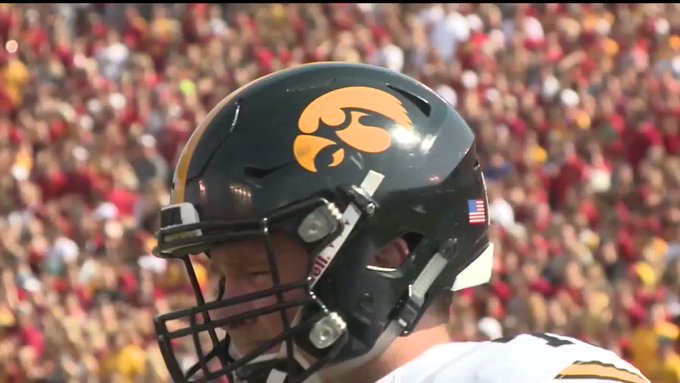 Stanley completed 27-41 pass attempts for 333 yards and five touchdowns at Iowa State, with no interceptions. He had a 46-yard scoring strike to tie the game with 1:09 remaining. As mentioned, his five-yard touchdown pass in OT provided the winning margin. Stanley also had scoring passes of 10, 17 and 15 yards while leading team on four scoring drives that covered 89 yards or more in 2017, in Ames.

Stanley saw action in 42-3 win over Iowa State as offense gained 435 yards total offense. He completed one of two pass attempts for two yards vs. ISU. His first completion, as a Hawkeye. Last year, Stanley completed 16-28 attempts for 166 yards vs. ISU, with no interceptions. He also had two rushing attempts for seven yards, along with one punt for 25 yards.

Cyclone fans don't have much respect for Stanley's mobility, but he used his feet last year and has made a couple key first downs this year. Like in 2003 and 2015, Iowa's starting QB will likely need to make a play with his feet in Ames.

In 2017, Ivory Kelly-Martin recorded two KO returns for 39 yards at Iowa State, with a long of 24 yards. He also recorded one solo tackle on special teams. He was injured last season. It was nice to see him provide an explosive play last week against Rutgers in the pass game and with Tyrone Tracy's first career TD reception on play action.

Iowa fans should see true freshman Tyler Goodson today in Ames. Here's a prime example. Junior WR Brandon Smith saw first action of career in Ames in 2017. Last year, Smith started at wide receiver in 13-3 win over Iowa State. His one reception for 30 yards vs. ISU, led to the only touchdown of the game.

Junior Shaun Beyer is the only TE, who has played in Ames. Hesaw action on special teams in 2017 at ISU. Last year, he played, with no statistics.

Overall, Iowa has more experience, but limited who have played in Ames. But, you have to like the corp group of players for the Hawkeyes.