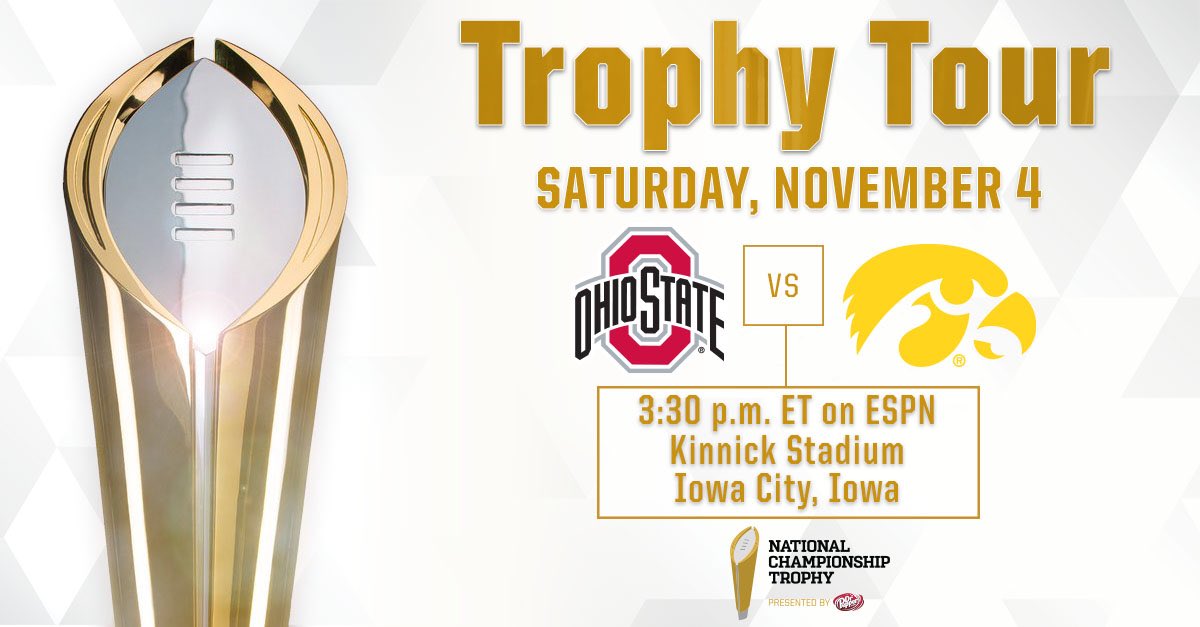 The last meeting between these two teams was five years ago, in Urban Meyer's second season, in Columbus. The Hawkeyes played strong game for three quarters, but the Buckeyes broke the tie in the fourth quarter for a 34-24 win.

However, in his sixth season at the helm, Meyer has won over 90% of his games, as coach of the Ohio State Buckeyes,so the Hawkeyes will need to play their best game of the season, if they hope to have a chance to spring an upset on one of the top programs in the nation.


The lone loss this season for the Buckeyes was against Oklahoma, during Week 2, when the Sooners came into Columbus to pull out a 31-16 victory. Former Oklahoma head coach Bob Stoops, the former Iowa safety, was present to root the Sooners onto victory. Due to Stoops' preseason departure in Norman, Iowa head coach Kirk Ferentz is now the dean of College Football.

However, in his 19th season as head coach, his 28th overall season, with nine seasons as an offensive line coach, Ferentz has only been a part of three victories over the Ohio State Buckeyes, during the 1983, 1987 and 2004 seasons.

If the Iowa Hawkeyes are going to have an opportunity on Saturday, the offensive line will have to play more consistently. And, the defense, will have to step up, as well.

However, Ohio State has the #1 scoring offense and #3 scoring defense in the Big Ten. So, there is nearly no margin for error for any opponent of Ohio State, who are coming off a come from behind 39-39 victory over defending Big Ten champion, Penn State. The Hawkeyes have the #4 scoring defense in the Big Ten. It will be a difficult trap to set against a program that has Iowa's number.

The Hawkeyes opened the 2017 Big Ten season, with a heartbreaking 21-19 loss at Kinnick to Penn State, losing on the final play of the game in Week 4.

Keys to a good game for the Iowa Hawkeyes:

Sometimes you have to dream B1G. Ohio State likely wins this game 9 out of 10 times played. Make the moment count ...