The Big Day has arrived for the Creighton Bluejays in Philadelphia on Palm Sunday. 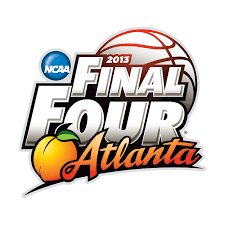 Last year, the #8 seed Creighton Bluejays faced #1 seed North Carolina in the Third Round in Tobacco Road.  North Carolina dominated Creighton and the road to the Sweet 16 was over for the Jays.  UNC advanced in 2012 and the Jays were sent back to Omaha.

The Creighton Bluejays lost one starter off the 2012 Missouri Valley Tournament Champions team.  Entering 2012-13, the Creighton Bluejays were on a mission to get back to the Third Round and another opportunity to break the wall and reach the Sweet 16 for the first time in tournament history.

This year, Creighton is a #7 seed.  After defeating #10 seed Cincinnati 67-63 in a rugged game in the Second Round, which was a preview game of how the style of play will be for the Jays in the Big East next year.  The Jays advanced to face #2 seed Duke in the Third Round game of the Midwest Region in Philadelphia.  The game is scheduled to tip off at 8:40 p.m. Central Time on TBS.

Can Creighton beat Duke to advance to the Sweet 16 for the first time in School History?

What a two weeks it's been for Creighton.

On March 13th, a Jesuit Pope was named for the first time.

On March 18th, the Creighton women's basketball team earned the MVC's first at-large berth since 2002 (CU defeated Syracuse in Knoxville on Saturday morning and will face the Tennessee on their home court).

On March 22nd, Creighton men's basketball defeated Cincinnati, who were representing the Big East Conference in the NCAA Tournament.

Keep in mind that Sunday's match-up vs. Duke will be played on Palm Sunday, and feature Creighton playing a team known as the (Blue) Devils.  Like last year's NCAA Tournament, the Bluejays will be facing an ACC team from the State of North Carolina.  This year, the game will take place in Philadelphia, rather than in NC.

Creighton is making its 18th NCAA Tournament appearance, and ninth in the last 15 years. The Bluejays are 11-18 all-time in NCAA action, including Friday’s win.

Duke is making its 37th NCAA Tournament appearance and have made the field each year, since 1996.  The Blue Devils are 97-32 in NCAA action, including Friday's win over Albany 73-61 in the Second Round.  The Blue Devils have 15 Final 4 appearances and have earned four titles (1991, 1992, 2001, 2010) under Coach Mike Krzyzewski, who considered attending Creighton University as a college, before attending Army.

The Creighton Bluejays roster will have to go deeper, than the game vs. Cincinnati on Friday afternoon.  Creighton will hopefully see sophomore center #31 Will Artino return from ankle injury.  He played in the MVC Tournament, but injured his ankle in practice and lost practice time and didn't play Friday afternoon.

Sadly, senior guard Josh Jones will not be playing for the Bluejays, but his health is more important than continuing to play college basketball.  Hopefully, the Jays can raise their games as a team, play with great purpose and advance to the Sweet 16.

The winner of the Creighton vs. Duke game will face Michigan State in the Sweet 16 in Indianapolis.  Creighton coach Greg McDermott is 0-1 vs. Duke.  He faced Duke once previously, as head coach at Iowa State University.

The Creighton Bluejays and Duke Blue Devils have never meet in basketball before Sunday's Third Round game.  Neither team has faced a common opponent this season either.

Keys to Creighton's game vs. Duke:

A win over Duke would clearly be the biggest victory in Creighton's school history.  Creighton men's soccer program ranks as the school's best sports program.  They finished in the Final Four of the College Cup in 2012.

It will be the final game of the NCAA Tournament's Third Round.
Posted by My alias is Rob Roy at 11:13 AM No comments:

Happy Palm Sunday: How are your March Madness brackets doing for you?

It's March and what a March indeed!!!

The Iowa Hawkeyes came up short in Fran McCaffery's third season at the helm.  But, the quest for a NIT run is brewing, as the Hawkeyes will find out today where their quarterfinal game will be played.  Could one more game be played in Iowa City with a bid for the Big Apple at stake?

Enough of the NIT talk.  Let's talk about the real March Madness with the NCAA Tournament!

It is going to be an interesting Palm Sunday with monster games on CBS, TBS, TNT and TruTV...