Do you really need a rule to cut out playing FCS opponents in College Football?

Earlier this year, Big Ten commissioner Jim Delany stated the conference should stop playing FCS Alabama coach Nick Saban is suggesting the SEC follow suit with a nine league schedule and dropping FCS opponents.  Prior to moving the SEC, Saban was a coach in the Big Ten.
opponents, when the conference adopts a nine game league schedule in football in 2016.  Now, earlier this month,

Last year, Florida State opened the 2012 schedule with back to back games vs. FCS opponents, by beating Murray State 69-3, then Savannah State 55-0.  So, lets see who is already playing a pure FBS schedule in College Football in 2013. 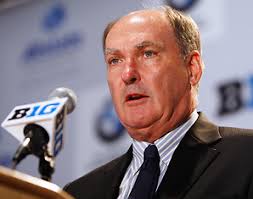 Who will be the next Appalachian State in the FCS, with a major upset against a FBS opponent?

Of course, there will be two less FCS programs in 2014, as Appalachian State and Georgia Southern move up to FBS.  They will play a regular season in '13, but ineligible for both conference and the FCS playoffs in '13.  They will join both Idaho and New Mexico State in the Sun Belt in '14. 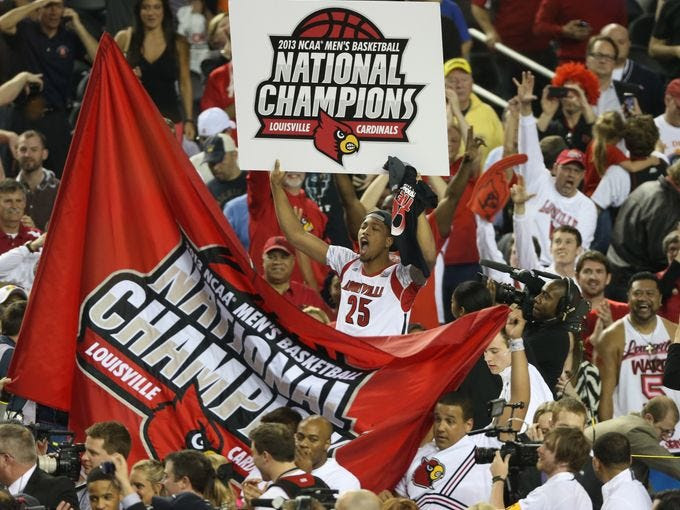 The back to back defending champion Alabama Crimson Tide should be among the major contenders again.  But, before we get started with who is #1, let's take a look at conference realignment, which has certainly reshaped rivalries and conference races.

The Atlantic Coast Conference will welcome Pittsburgh and Syracuse from the Big East to increase its membership to 14 programs in 2013.  Pitt will join the ACC's Coastal Division, while Syracuse will join the ACC's Atlantic Division this season.
The Catholic 7 of the Big East have bolted, with the conference for a non-football conference that will add Butler, Creighton and Xavier to the mix with the seven remaining members, who don't play Major Conference Football.  So, the remaining football members Cincinnati, UConn, Temple and South Florida will begin a new league, with Louisville (joining ACC in '14) and Rutgers (joining Big Ten in '14) remaining for only 2013, while welcoming Houston, Memphis, SMU and CFU to the new league, the Atlantic Athletic Conference (AAC).
The Big 12 and Big Ten remain the same in membership for 2013.  The Big 12 will play a round-robin nine game schedule again.
As mentioned, Rutgers joins the Big Ten in '14, along with Maryland from the ACC.  So, it will be interesting for Big Ten fans to see how future conference members Rutgers in the AAC and Maryland in the ACC Atlantic play in 2013?  The Big Ten will break up into the Leaders and Legends divisions for one final season in 2013.
The Conference-USA will welcome five new members in 2013, as well.  Florida Atlantic, Florida International and Middle Tennessee join the East division, after leaving the Sun Belt.  The C-USA West gains North Texas from the Sun Belt and UTSA from the WAC to fill the voids from the four members leaving C-USA for the AAC.
The Mid-American Conference witnessed their best season in the BCS stakes in '12, as Northern Illinois rebound from a season opening loss to win 13 straight games and the conference's first birth in a BCS bowl game.  The MAC will face the Big Ten in 13 non-conference games in 2013.
The Mountain West Conference welcomes two new members from the WAC in 2013 and will break out divisions.  Utah State will join the Mountain division and San Jose State will join the West division in '13.  The MWC will face off with the Big Ten in four games in '13.
The Pac 12 Conference and the Southeast Conference remain the same in membership in 2013, after the SEC added two new members in 2012 to reach 14.  The Pac 12 moved to 12 members in 2011.

The Pac 12 certainly can claim the #2 ranking in College Football right now.  The Pac 12 and Big Ten will square off in five games, with California hosting both Northwestern and Ohio State in '13.
The SEC has been the #1 conference in College Football, winning seven straight BCS title games.  The SEC had five teams finish in the nation's Top 10 in '12.  One half or seven, of the 14 SEC teams finished in the Top 25 in '13.
The Sun Belt welcomes two new members in '13, as Georgia State jumps up to FBS, after adding football recently, and Texas State moves over from the former WAC football conference, which has disbanded for football.
The Independents expand from four programs to six programs, as Idaho and New Mexico State join Army, BYU, Navy and Notre Dame, as FBS programs not affiliated with a conference for football.  Though, Notre Dame has aligned with the ACC for all other sports and will begin playing five ACC games each season in '14.
Fifteen teams have played in the BCS Title Game.  The 2013 College Football Season will be the last season, before the four-team BCS playoff begins in 2014.