Iowa Hawkeyes in the middle of Spring Drills coming off 12-2 campaign a year ago ... 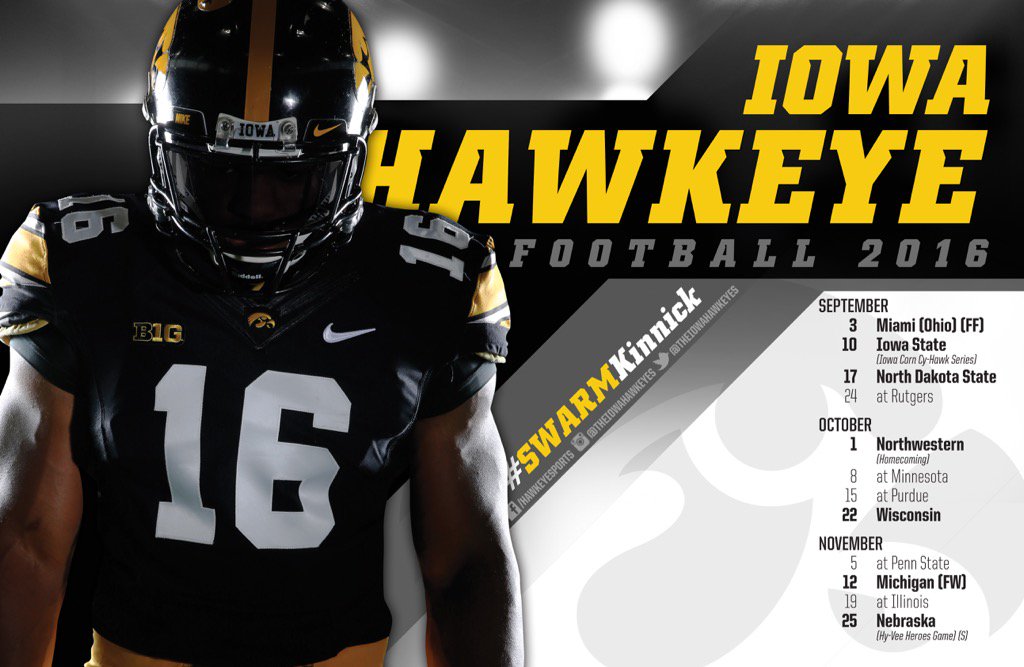 Iowa City, IA -- The University of Iowa football team kicked off Spring Drills in March. The 2016 season will kick-off at Kinnick Stadium, on Saturday, September 3rd, when Miami-OH comes to town.

Every year is new. We haven't sustained so well at times. It really gets down to the same story. Every January you start over again. Typically you have some good players coming back, and you've lost some good players typically. It's all about the opportunity for everybody. But it's everybody at every level. The older guys, guys like CJ (Beathard) and Josey (Jewell), if they play the way they played last year, it's not going to be good enough. We need them to play better, and that's true of all the guys that have played, and the guys that haven't played have to deal with the guys we've just talked about. Jerminic (Smith) and Adrian (Falconer) have to step in and be able to play a role.

We've got to have younger guys supporting those guys and moving along because you just never know when somebody's going to get called into action. There are a lot of moving parts, but it's a new challenge every year, for sure. But we've got new opportunities as well. - Iowa head coach Kirk Ferentz