The Iowa Hawkeyes (8-5) finish the 2017 College Football season with a 27-20 win over Boston College (7-6) in the Pinstripe Bowl in Yankee Stadium. Kirk Ferentz wins his 143rd game, as Iowa's head coach, tying him with Hayden Fry.


Cedar Rapids, IA --- The Iowa Hawkeyes (7-5) will close out its 2017 College Football season against the Boston College Eagles (7-5) in Yankee Stadium in the New Era Pinstripe Bowl, with a 4:15 CT kickoff on ESPN. The Big Ten-ACC teams square off as mirror images to an extent.

Both teams like the run the ball and control the line of scrimmage. Both teams have enjoyed forcing turnovers on their opponent.

Who wins the battle in the line of scrimmage and which team can exploit turnovers of their opponent is likely the team to come out of this one in Yankee Stadium with a win?


A close game is expected in the Pinstripe Bowl. 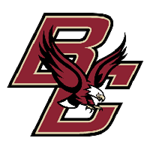 Iowa kicks off the 2017-18 bowls for the Big Ten today, while Boston College is the 2nd ACC game for the bowl season, as Duke defeated Northern Illinois in Detroit in the Quick Lane Bowl.

Will this game be close or a blowout in Yankee Stadium?

We are calling it as a game down to the wire, with the Hawkeyes winning 17-16, but turnovers could play a huge role, so, this one could become one sided, as the games mentioned during the regular season.

Iowa plays similar to Wake Forest. But, can Iowa force the turnovers against Boston College, like Demon Deacons did.

Both teams have youth on the offensive side of the ball. It should be a good one from Yankee Stadium. Keep an eye on ...