The battling mid-majors vs. the middling majors on Selection Sunday 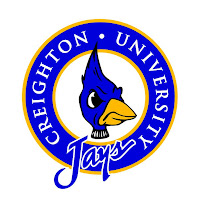 Who should be in and who should be in the NIT? Selection Sunday is Today for the Big Dance!
Watching the discussion on ESPN this morning with discussion of Creighton vs. Penn State and/or the University of Arizona.
First, don't reward 9-9 in the Big Ten or Pac Ten folks over a solid mid-major co-champion. Yes, we are talking a comparison with the Creighton Bluejays, which has been discussed on ESPN today. Look at the Conference Standings folks.
Creighton's 14-4 and a co-championship in the MVC is a worthy discussion boys. Doesn't the #9 ranked conference deserve two? Throw St. Mary's-CA off then folks. Winning in the conference means something, when we are talking a Top 10 conference and bubble teams.
Creighton is 11-1 in the past 12 games. Clearly, playing the worse game in their final game, has Creighton on the bubble. Which is too bad, because the 11 game win streak was an outstanding display of basketball. Wins on the road, including a solid win at the University of Northern Iowa, the MVC's automatic bid.
By the way, when we listen to Digger Phelps speak on ESPN, how much does he hold a grudge against mid-majors that beat him, while at Notre Dame or after, for that matter? Creighton beat UNI in Cedar Falls and beat Dayton, ending their 8 game winning streak with a 18 point win. The Auburn Tigers were 0-2 vs. UNI and Dayton.
The Big Ten is looking at a pretty full cup of teams entering the Big Dance. The MVC deserves two bids in 2009 folks. UNI and Creighton, both would look good in a match up with some of those worthy Big Ten bubble teams. Maybe the NCAA will do just that in their effort to keep teams closer to home, due to the economic times we all face today.
peace
Posted by My alias is Rob Roy at 11:17 AM No comments:

Selection Weekend for the Big Dance: Will the MVC get 2 bids in 2009?

The University of Northern Iowa won the automatic bid last weekend as winners of the 2009 Missouri Valley Conference tournament. Now, a waiting game for the Creighton Bluejays this weekend, as the Jays hope to be among the 34 teams selected as an at-large selection to the 2009 NCAA Tournament on Sunday.

Here's to ESPN bracketology expert Joe Lunardi keeping the Jays in throughout the weekend and scoring it right for the Creighton Bluejays, who had some ups and downs earlier in the year, but finished with 11 wins in their final 12 games of the season.

The Creighton Bluejays won a share of the MVC regular season title with UNI. The Jays picked a bad time to have their worse game of the season, but the 2008-09 Bluejays finished the season with a 26-7 record, 14-4 in the MVC.
peace
Posted by My alias is Rob Roy at 1:47 PM No comments:

The Creighton Bluejays (14-4, 25-6) and the Northern Iowa Panthers (14-4, 20-10) closed out the Missouri Valley Conference men's basketball regular season winning the co-championship on Saturday. The Bluejays are hot, winning ten straight games, nine in the Valley to finish with UNI at 14-4. Creighton beat #3 Illinois State (11-7, 22-8) 74-70 at the Qwest Center Omaha to avenge a disappointing loss at home last season.
Arch Madness, the State Farm MVC basketball tournament, will take place this week in St. Louis, beginning on Thursday with the play-in games, with the finals airing on CBS Sports next Sunday afternoon. The top four seeds are: UNI, Creighton, Illinois State and Bradley (10-6, 17-13).
With the major conferences getting most of the at-large seeds in the NCAA Tournament, neither Creighton nor UNI have earned a lock for the Big Dance, with a co-championship in the Valley.
Creighton is certainly a team that would be fun to see make the Big Dance in 2009. Senior Booker Woodfox is certainly one of the many unsung heroes in mid-major basketball, as Creighton's win over George Mason in the Bracket Buster game on Feb. 21 showed.

Arch Madness is always a joy to follow. Today, as we celebrate March arriving and the coming of Spring. Who will make the 2009 Big Dance is in full drive?

peace
Posted by My alias is Rob Roy at 10:59 AM No comments: