Cedar Rapids, IA -- Two of the four Power 5 programs that remain unbeaten come from the Big Ten Conference, as #2 Ohio State (10-0, 6-0 B1G East) and #6 Iowa (10-0, 6-0 B1G West) lead their respective division, heading into the final two weekends of the regular season. We have seen the Buckeyes at 10-0 before, but it is the first time in program history for the Hawkeyes.

Fourth year Ohio State coach Urban Meyer has won thirty straight conference games in the regular season, since joining the program in 2012. Meyer has only three losses, since joining Ohio State and the Big Ten. The lone bowl loss, ironically was against Clemson, in his second season, in the Orange Bowl. Clemson is now #1 in the rankings. The Buckeyes beat current #3 Alabama in last year's College Football Playoff semi-final game, in the Sugar Bowl.

The Hawkeyes have not won a bowl game, since the 2010 season. The Hawkeyes had a 19-21 conference record ahead of this season. The Iowa fan base was frustrated heading into the 2015 season, but with the 40-35 win on Saturday night against Minnesota for their 10th victory on the season ... it has been a 180 degree turn for the Hawkeyes.

The Buckeyes and Hawkeyes each host Senior Day games on Saturday, as the #7 Michigan State Spartans come to Columbus, and the Purdue Boilermakers comes to Iowa City. The showdown in Columbus is huge, since the Spartans can jump into first place in the B1G East with an upset win over Ohio State. The Hawkeyes need only one more win to wrap up the West division and a date in the Big Ten Championship Game, for the first time.

Since the Big Ten Championship Game, began in 2011, the following programs won the Big Ten:


Senior Day in Columbus, Ohio State will host Michigan State, as questions surround the health of senior quarterback Connor Cook, who was injured in the Spartans 24-7 win over Maryland on Saturday. Kickoff will be at 2:30 CST on ABC/ESPN as ESPN GameDay comes to Big Ten country, with Chris Fowler, Kirk Herbstreit and Heather Cox on the call.


Senior Day in Happy Valley, Penn State (7-3, 4-2 B1G East) hosts Michigan to close out the B1G home slate of the 2015 season. Last year, the Wolverines surprised the Nittany Lions 18-13, in James Franklin's first season at the helm at Penn State. The Nittany Lions are coming off a bye week, while Michigan is coming off a 48-41 2OT win @ Indiana. Kickoff at Beaver Stadium will be 11 a.m. CST on ABC.

Jim Harbaugh is in his first season, as head coach for his alma mater, Michigan. The Wolverines are 8-2 overall, with a lone B1G loss on the final play at home against Michigan State. Michigan is performing very well, in Harbaugh's first season. The next two games against Penn State and vs. Ohio State could really spark an interesting story.

Michigan's quarterback dialed up a record-setting effort under center, completing 33-of-46 passes for 440 yards, with six touchdowns to one interception. Rudock's 33 completions are tied for second most by any Wolverine in one game, trailing only Tom Brady's 34 in Michigan's 2000 Orange Bowl win over Alabama, which came on the same number of pass attempts. Rudock's final three pass attempts were all touchdowns against the Hoosiers.

According to ESPN Stats and Info, Rudock is the first Big Ten quarterback to throw for 400 yards and six touchdowns in a game since Kyle Orton accomplished the feat at Purdue in 2004, and just the second in the last 20 years.

An interesting two week journey could create a storybook ending for two quarterbacks that were 1-2 for the Iowa Hawkeyes last year. If Ohio State beats Michigan State and the Michigan Wolverines closeout  2015 win wins @ Penn State and the B1G finale over Ohio State in Ann Arbor, the Wolverines and Hawkeyes could meet in the 2015 B1G title game in Indianapolis on December 5th. The Hawkeyes can clinch the Big Ten West with a win on Saturday against Purdue.

Penn State will look to complete its first undefeated home season since 2008, and extend a three-game home winning streak over Michigan that dates back to the same year. The last meeting in Beaver Stadium between the two teams was a historic one, as Penn State prevailed 43-40 in four overtimes for the longest game in the history of the Big Ten.

Iowa QB C.J. Beathard became the first Iowa quarterback to win his first career start in a road game since Jason Manson in 2006, in last year's 24-10 Hawkeye win @ Purdue. Beathard's start snapped a streak of 17 consecutive starts by QB Jake Rudock in 2014. Beathard completed 17-of-37 passes for 245 yards passing and one touchdown. He also rushed eight times for 29 yards.

Now the starter in 2015, Beathard has won his first 11 games as a starter for the Iowa Hawkeyes, dating back to last year's start at Purdue. In Iowa’s last 11 games, including the 2015 TaxSlayer Bowl, Beathard’s fourth quarter numbers include 35-of-49 passing for 500 yards and four touchdowns, and 17 carries for 80 yards and two touchdowns. Beathard did not play in the fourth quarter against North Texas.

Purdue redshirt freshman QB David Blough is scheduled to make his eight straight start, which will give him the most consecutive starts by a Purdue quarterback in the same season since Caleb TerBush started 13 games in 2011.

Purdue scored a touchdown on its first offensive play from scrimmage last week - a 68-yard touchdown pass from QB Blough to junior WR Domonique Young. It is the longest play Northwestern has allowed all season. Purdue lost at Northwestern 21-14 last Saturday, while Iowa won at Northwestern 40-10 earlier in Big Ten play.

Iowa has its best start in program history (10-0), due to excelling in all three phases of the game.

On Offense:
On Defense:
On Special Teams:
Iowa's schedule strength among the five remaining unbeaten FBS teams, only Clemson has a higher strength of schedule rating than Iowa (Sagarin Ratings). Iowa has won two road games over ranked opponents (#18 Wisconsin; #20 Northwestern), joining Alabama (3) as the only programs in the nation with multiple road wins over ranked foes. 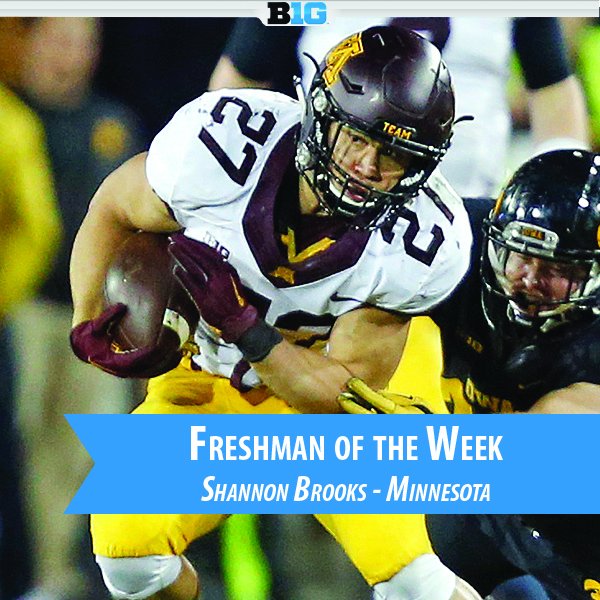 Updated through all games of Nov. 14.