Ames, IA -- The Iowa Hawkeyes (1-0) are looking to carry off the Cy-Hawk Trophy for the third straight time, from the field of Jack Trice, as the Hawkeyes face the Iowa State Cyclones (1-0), with an 11 a.m. kickoff on ESPN2.

It is Iowa head coach Kirk Ferentz's 19th season, as head coach, and 28th season overall, connected with the Cy-Hawk Game, as part of the Hawkeyes coaching staff. Iowa State head coach Matt Campbell heads into Round 2 of the series, after the 42-3 loss in Iowa City, in his first season at the helm, leading the Cyclones.

The dean of college football enters the game tied 9-9 in the series, as head coach. The rubber match today should be a good one.

What could we see at Jack Trice on Saturday on offense?

What could we see at Jack Trice on Saturday on defense?

What could the special teams bring to the equation?

The two deep on the Iowa Hawkeyes: 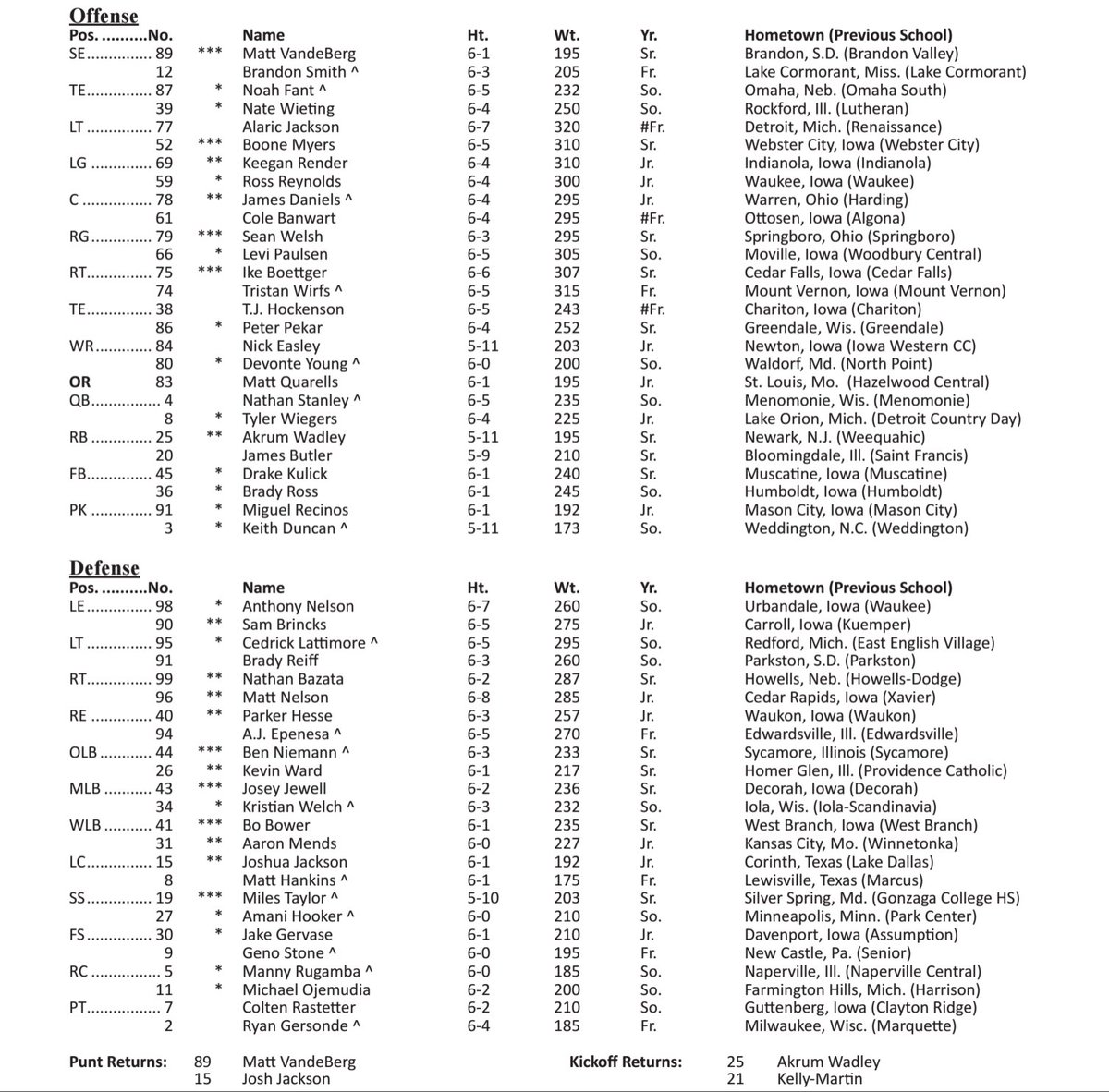 The two deep for the Iowa State Cylcones:

Our Pick in Cy-Hawk Game today:

The series has been very competitive, 50/50, for the most part during the Kirk Ferentz era. Like 2013 and 2015, look for the Hawkeyes to play better on the road, rather than some of the close wins, ISU has had recently in Iowa City, 2012 and 2014. Of course, the 2011 went to ISU in triple overtime, so often the close ones have bounced the way of the Cyclones. Separation is often important for Iowa ...