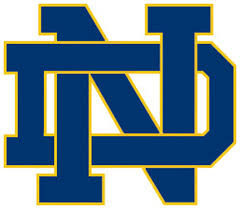 Roundtable: Which fallen power on the rise?

THIS WEEK'S QUESTION: With the season fast approaching, which program will start to again make annual visits to the top 10 first: Alabama, Florida State, Miami, Notre Dame or UCLA?

I'll take Iowa's college football resume over UCLA's for practical purposes. Since 1981, coaches Hayden Fry and Kirk Ferentz have elevated Iowa's football resume ahead of UCLA. Why don't you throw in the University of Minnesota, while you are at it, especially, if you are tossing UCLA into the category?

While we are at it, what has Alabama or Notre Dame really ever done in the BCS? Notre Dame does get a huge break, due to no conference affiliation. The modern BCS really began, when both the Big Ten and Pac Ten conferences joined the system ten years ago. The new BCS Title Game format, since 2006, has elevated the format, while preserving the bowl traditions a little better.

Jumping off topic for a moment: I would make one change: make the BCS Title Game a +1 system, after all the bowls are played. This would allow the bowls to maintain to preserve their historical bowl tie-ins. It would also use the BCS scoring system for what it was intended to do... match #1 vs. #2, nothing more.
Clearly, the list of football powers this decade doesn't include Alabama or Notre Dame. Today's Top Football powers of the decade and since the BCS began it's format in 1998 are:

Clearly, Miami-FL and Florida State need to improve or they will see themselves slide off this list, but each having a BCS Title is certainly a plus over the three other teams mentioned by Rivals.com.

"Clearly, the list of football powers this decade doesn't include Alabama or Notre Dame."

True, but the question didn't say *this decade*. Alabama and ND are historical powers, not recent powers. They have numerous national championships, more than IA or Minn.

I agree w/ you on UCLA, but ND and Ala. have earned their stripes.