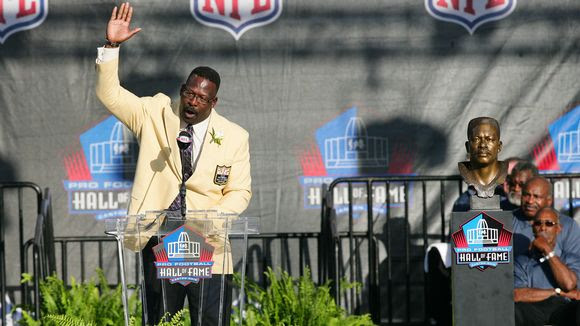 Former Iowa Hawkeye defensive end and New England Patriot linebacker Andre Tippet is one of six new members of the Pro Football Hall of Fame. Tippett thanked the University of Iowa and acknowledged a couple of former coaches and players who were on hand in Canton for the induction ceremonies. Hawkeye coach J Hayden Fry benefited from Andre Tippett on the edge during Iowa' 1981 Big Ten title and Rose Bowl team.