Should I Stay or Should I Go, Part 2? 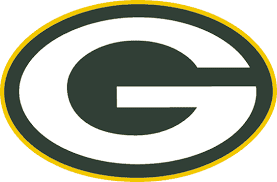 Back in March, two events occurred regarding Brett Favre's relationship with the Green Bay Packers NFL franchise. At the time, the franchise was working towards the 2008 NFL Draft and it's future without Brett Favre at QB.

We know now, in March, Brett Favre indicated that he wanted to retract his retirement with the Green Bay Packers and come back and wear the Green and Gold for 2008. But, Favre changed his mind again.

So, the Green Bay Packers did the honorable thing and floated an agreement with Brett Favre. "I know (Packers president and CEO) Mark Murphy talked to me about it in the past, how important it was for Brett to continue to be a part of the organization after he was done playing," Packers Coach Mike McCarthy said after practice Friday morning. "And frankly, it's good for Brett. Brett needs to stay a part of football. Obviously, he's a part of the Green Bay Packers."

After the March discussion with Brett Favre, where Favre told the Packers he wanted to stay retired, the Packers franchise moved on. The 2008 team is Aaron Rodgers at QB. The Packers drafted two QBs in the 2008 NFL Draft and began the post-Favre era in Green Bay.

As former Pittsburgh QB Terry Bradshaw pointed out in Canton recently, he feels for the franchise and it's fans. Brett Favre will have to determine if he wants to not retire and become the next Johnny Unitas or Joe Montana... ask the Packers to trade him, so he can continue to play the game?

With the potential agreement out there, worth a reported a reported $20 million over 10 years, Favre really has to ask himself: "should I stay or should I go?"

Some in the media disagreed with NFL Commissioner Roger Goodell's involvement in the Green Bay-Favre negotiations, but to his credit, he is giving both sides more time to resolve the situation. It is good to see Goodell involved.

The Hall of Fame will induct six men as the 2008 Pro Football Hall of Fame class today, including former Iowa Hawkeye Andre Tippett. Aug. 2nd is the official beginning of Football season in America. The NFL preseason is beginning and college football players are beginning to report for physicals and the start of official camp for the 2008 football season. The University of Iowa's football Media Day will be Monday in Iowa City.