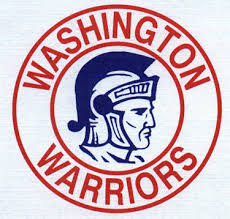 regarded high school WR now can prepare for his senior season at CwR. The Warriors look to get back to the Dome in '08. The Warriors played in the 2003 Class 4A Iowa State Football Championship Game, finishing as a runner-up.
The Warriors have had a busy off season with a trip to the Chicagoland area for a 7x7 tournament. The Warriors have an excellent group of skill players, including senior QB Wyatt Suess and junior RB Andre Dawson.
Washington Warriors head coach Tony Lombardi is in his third season at the Cedar Rapids school. Last year, the Warriors won two exciting come from behind games vs. Cedar Rapids Kennedy.
The question mark will be in the trenches, again. The Warriors have lacked solid line play, since their 2003 team, which was lead by current Iowa senior C/G Rob Bruggeman. The University of Iowa has three former Warriors on their '08 football roster: Bruggeman, senior LB Gavin McGrath and sophomore RB Paki O'Meara.
Cedar Rapids Washington opens the 2008 season at traditional conference power Cedar Falls on Friday, August 29th. The Warriors home opener at Kingston Stadium is the following Thursday, vs. Iowa City High. The Warriors will face a tough road through the Mississippi Valley Conference in '08.
peace
Posted by My alias is Rob Roy at 8:28 PM